I’m still not over the story of the Fifty Shades, considering it’s a trilogy and I have only seen one on the big screen.

Hopefully, I can read it soon enough! 🙂

Many novels to read in the future. Novels with the same theme like the Fifty Shades Trilogy.

Please see the link below:
http://www.marieclaire.com/culture/g2672/erotic-novels-you-should-read-now/

More novels, more reasons to have an Amazon Kindle.

Up until now, I’m very much dismayed by the fact that Amazon Kindle is not recognized here in our country.

Since yesterday, I have been asking people here in my workplace, in my social media account, even in the mall. Sadly, all of them don’t have the idea of what I have been looking for.

Does it mean Filipinos are not good readers? I mean, having a single Kindle is almost equivalent to thousands of books. It can save money, time and effort in one hand than buying in bookstores. Book stores where books are often out of stock.

Think of it. I’m saying all of these because I’m really disappointed. But, I think I really make sense.

My colleague sends me ebooks. Unfortunately, I don’t want to read it here in my smartphone. I have to consider my eyesight to prevent it from getting more unclear.

I really need to buy Kindle as soon as possible. If you know someone who can help me or if you can help me, please do. Thank you very much!

If only I have extra money, I could buy Kindle. Kindle is a gadget exclusive for reading. I’ve looked up the price online and it cost $79.00 at the Amazon website, the only problem is I don’t have a Dollar account. If you convert it to Philippine Peso it is almost equivalent to Php3,397.00 which is affordable.

I’ve also looked at online stores here in PH but the price is expensive, it costs Php9,000.00, it makes a lot of difference from the Dollar price.

I still got hope that I can find a Kindle that is affordable here. For the meantime, I downloaded the Kindle app in google playstore, so I can read on my phone.

After going to church, I decided to go to the mall. While waiting for my mother,  I entered the National Bookstore.

There are so many books that got my attention and interest. If I will be given enough money, I would buy all those books.

I don’t know what gotten into me to be so inlove with books. Before, reading is the least favorite thing I like to do. I’d rather watch whatever there is to watch. But now, all of my interests are suddenly connected with books.

Actually I have borrowed many books from my officemate before, up until now I can’t read them all. I really find it hard to save extra time for reading.

If only I have plenty of time and money, surely I will enjoy reading as much as I enjoy writing. For me, reading and writing are just like family,  hard to separate.

I even have this crazy imagination of having a large library and everyday I will just take my time to read all of the books.

I wish I could buy kindle, sadly I can’t afford the price. 😦

“We aim to please Ms. Steele”

One of the familiar lines in the Fifty Shades Trilogy by E.L. James.

These books have taken the world like storm with over a million copies sold, making it a worldwide bestseller. All avid fans of the book are very much aware of the movie adaptation which will be shown three days from now.

However, not all countries are open to the idea of showing the movie in their respective cinemas. Somehow, fans from those countries are disappointed, especially when they are expecting it.

Here in my country, several months ago, a news suddenly came out of nowhere that the movie will not be shown in cinemas.  Since I’m an avid fan, I’m really disappointed. The idea of downloading the movie thru torrent sites came up to me. We really need to watch it.

Just last week, I saw that the movie will still be shown here in our country. Happiness and excitement was felt. As the days came closer, the feeling just got bigger.

Just now, I saw this on the newsfeed of my FB account, ‘Blurred’ and ‘blocked’, ‘Fifty Shades’ not in SM Cinemas due to MTRCB rating. It was given an R-18 rating and now this one. A big “OH NO!”.

To those who haven’t read the book, you better start reading now. It’s a page-turner. It will bring you sleepless nights. It brings out inner desires you never thought of. To summarize it all up in one word, ADDICTING.

A Little Bit of Everything

A Little Bit of Everything

What Hogwarts House will you fit in? Take the test.

Which Hogwarts house will you be sorted into? 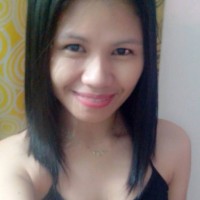 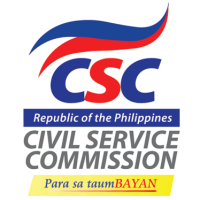 life, food, places, technology, and anything under the sun...

The Dystopian Nation of City-State

Table 41: A Novel by Joseph Suglia
My HostGator Blog
elliesprettylittlelessons

Take as many pictures as you can because one day, you'll regret that you didn't...

Sharp as a needle ~ Scathing as a razor blade ~ Welcome to my world.

written on this wall are scribbles of everything. in bits and pieces. a tribute to those voices within me.